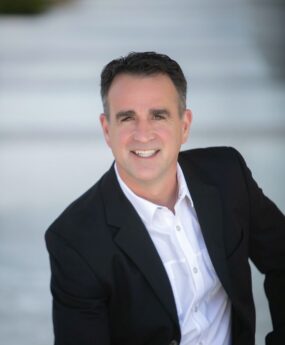 George Mercado epitomizes integrity, energy, hard-work, and creative service in every detail of your real estate transaction. George is originally from Monterrey, Mexico. In the early 80’s George moved to San Antonio, Texas and started his sales habit. His keen ability to listen to people and discern their needs started at an early age. Originally, he pursued a career in the medical profession. While practicing as a nurse, George continued to maximize his people skills. Later, George moved into medical sales and married his love for helping people with his other love, sales. He moved up in the medical sales industry and built a successful career. Sensing he was ready for a change, but still wanting to help people, he chose to pursue real estate. He quickly rose in the industry and has represented both buyers and sellers, as well as investors, banks, and title companies. George has experience in both the residential and commercial real estate markets. With more than 15 years in the real estate industry George always puts his clients first.

George is a family man with a devotion to God, his family and his close group of friends and colleagues. An athlete by nature, you will find him most mornings playing basketball with his community friends at the local gym at 5:30 am. In the summer George enjoys extreme water skiing. In his free time, George enjoys traveling. He loves to wander through the great state of Texas, go anywhere in the United States and when possible, explore his native country of Mexico.

Six words you can count on from George Mercado, love, integrity, transparency, commitment, passion, and fun. George is bilingual and speaks fluent Spanish.

(210) 380-5386 Mobile
Contact
What's My Home Worth Featured Listings
"I met Kevin while making an appointment for a home he represented for sale. Kevin was waiting for me at the door when I arrived and walked me through the... full testimonial"
- Corsica Woodbury, Alamo Heights
All Testimonials